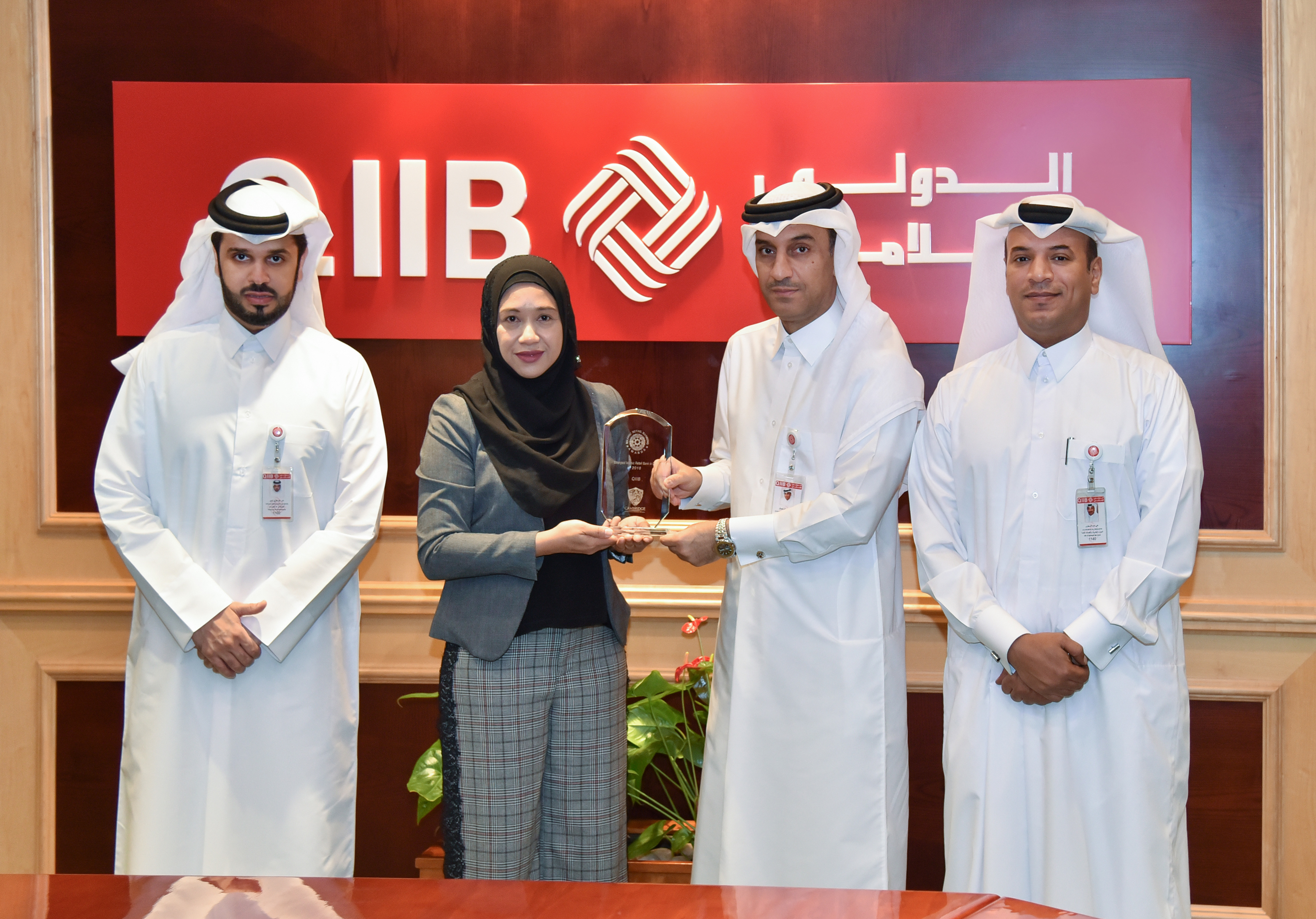 DOHA: Cambridge IFA has bestowed upon QIIB ‘The Best Islamic Retail Bank in Qatar’ award, one of the prestigious laurels given annually to leading banks in various Islamic finance sectors.

By choosing QIIB for the ward, Cambridge IFA relied on the “efficiency analysis findings” made by the UK Financial Intelligence House.

Cambridge IFA confirmed that this analysis was developed and adopted by several academics at the University of Cambridge and several reputable international universities.

Mr. Al Jamal said, “We are so proud to be selected as the best Islamic retail bank in Qatar 2018. We consider this award a recognition of our strong efforts in developing our retail portfolio and offering the best Shari'ah compliant products and services to our valued customers”.

“QIIB’s excellence and quality of its integrated services have resulted in its customer base growing exponentially. To this effect, the bank has opened many branches and introduced alternate channels, which have witnessed enormous development, thus contributing to meeting the requirements of customers in the easiest and most efficient way”, he added.

“Our strong financial position is primarily due to the fact that we are an integral part of the Qatari banking sector as we derive our strength from the Qatari economy, which is one of the strongest in the region with a competitive edge. This places the Qatari economy at an advanced position globally, as an attractive destination for international companies looking for investment and promising opportunities”.

The QIIB Deputy CEO was confident that the QIIB would continue its outstanding performance and develop various services and products meant either for individuals or companies, while complying with the appropriate international standards.

The Bank started operations in 1991, is listed on the Qatar Stock Exchange and provides integrated banking services to its customers through a network of branches across Qatar.

It has concluded several regional and international partnerships and received many awards in recognition of its achievements and outstanding performance.