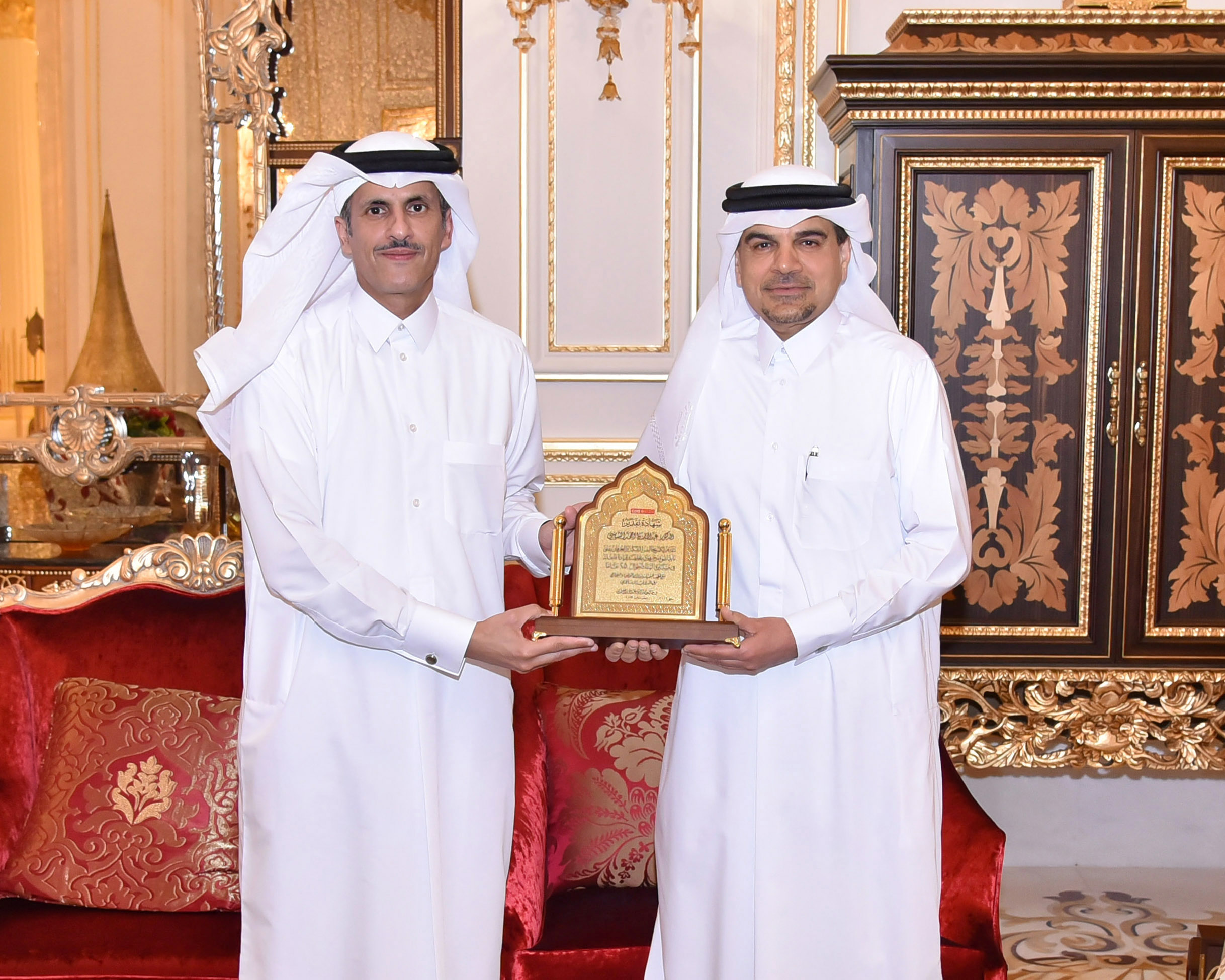 The ceremony was attended by the Bank’s board members, senior executives including Deputy CEO, Mr. Jamal Abdullah al- Jamal.

The various phases that QIIB had gone through with Dr al-Shaibei at the helm of affairs were recalled as those with full of successes and achievements.

HE Sheikh Dr Khalid bin Thani congratulated al-Shaibei for successful career, which made a real difference on QIIB’s path.

Sheikh Dr Khalid affirmed the Board’s confidence in him as the head of the QIIB’s Executive Management, where he proved to be one with a high sense of responsibility and solid experience that gave the Bank a reputable name in Islamic banking, both locally and internationally.

He said, "In fact, al-Shaibei’ s successful career in QIIB is a typical example of dedication, loyalty, thorough follow-up, ability to lead a team with affection, selflessness and by motivating employees’ to achieve the best results and strong successes in the bank's journey".

The Chairman of the Board wished continued success to al-Shaibei in his work as the head of QIIB’s Executive Management, stressing that the Board’s trust in him emanates from its belief that al-Shaibei is the right person in the right place, who is able to bring more qualitative additions to QIIB, keen to serve the Qatari economy, contribute to the development process and achievement of Qatar National Vision 2030.”

Al-Shaibei was deeply touched by the honouring ceremony and thanked Sheikh Dr Khalid for his initiative as well as that of the Board of Directors, the Executive Management, and all employees of the Bank.

He stressed on the fact that QIIB is a large family that cooperates closely and work with perseverance for the advancement and development of the Bank at its various levels".

Al-Shaibei said, "The success achieved by the QIIB since its inception in 1991 stems from the strategic vision of the Board of Directors, which is being implemented by the Bank’s team.  The concerted efforts, effective and coordinated cooperation, positive spirit and dedication resulted in a steady progress in the bank’s various indicators. We are certain that the strength and high solvency of Qatar's economy will help us achieve our goals and targeted growth numbers”.

He pointed out that "QIIB will continue to pursue its successful path and work to improve its various indicators, serve its customers and push forward to achieve the Board’s directives and plans, whether interim or strategic. The Bank will continue to work as one team, keen to be one of the most active institutions in the nation’s development process”.