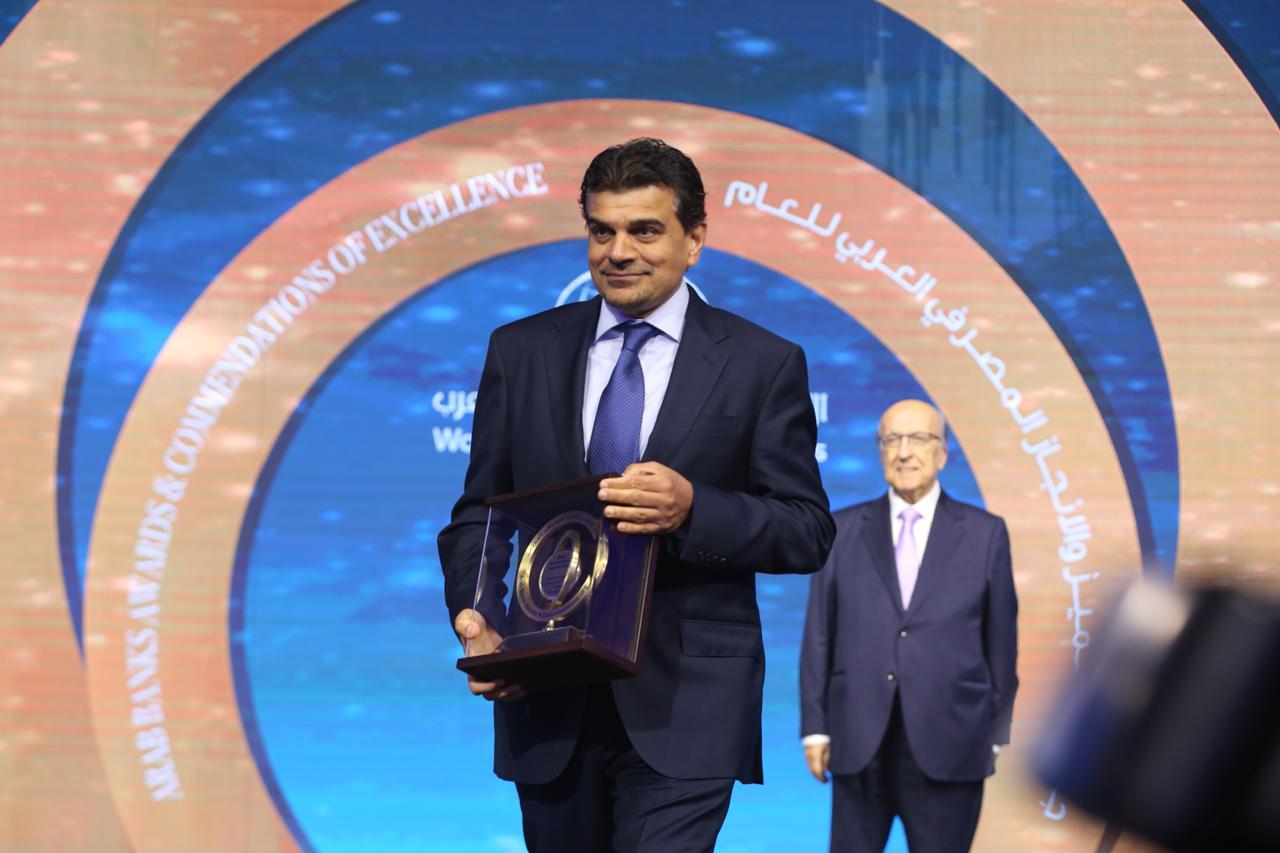 Dr Al-Shaibei: The award reflects the position of QIIB, which draws strength from the Qatari banking sector

QIIB received the ‘2019 award of Best Islamic Bank in the State of Qatar for Products and Financing Solutions’ award during the 2019 Banking Excellence and Achievement Awards Ceremony organised by the World Union of Arab Bankers (WUAB).

This year, the ceremony was held in the Lebanese Capital Beirut and was attended by the HE Mr. Mohamed Hassan al-Jaber, the Ambassador of the State of Qatar to the Lebanese Republic and Dr. Abdulbasit Ahmad al-Shaibei, QIIB Chief Executive Officer, in addition to representatives from the Arab banking and business sectors, experts and other stakeholders.

In bestowing the award of ‘Best Islamic Bank in the State of Qatar for Products and Financing Solutions’ upon QIIB, the World Union of Arab Bankers relied on several parameters, namely the distinguished performance of the corporate sector in the bank, clean financing portfolio, innovation, compatibility  with the requirements of companies operating in the local market and customer satisfaction in addition to other indicators as provided in the Bank’s balance sheet according to the announced disclosures.

On QIIB being chosen for the award, Dr. Abdulbasit Ahmad al-Shaibei noted, “This award reflects the position of QIIB, which draws strength from the Qatari banking sector and the Qatari economy in general that is currently achieving growth figures and indicators considered the best in the region. We are proud of being able to keep pace with the Qatari economic growth and our contributions in financing various economic sectors of the economy.”

He said, “We are particularly happy to receive this award since it is considered an appreciation of the exceptional efforts deployed by QIIB in the corporate sector. We have witnessed quantitative and qualitative developments in many of QIIB corporate aspects and products. We made successful partnerships based on our previous and long-term business, attracted new clients in this sector, developed our technology infrastructure and adopted the best solutions in the corporate sector. A wide range of our customer base have expressed satisfaction at our performance and service.”

Dr. al-Shaibei stated: “In the corporate sector, we paid special attention to the financing of Small and medium-sized enterprises (SMEs).

This is in line with the governmental efforts, which launched several programmes to support this category of companies given their importance in the national economy. SMEs also play a key role in promoting entrepreneurship and developing different skill sets in various fields.”

The QIIB chief executive officer said, “The awards for distinguished service and performance received by any Qatari bank or institution at this time attest the fact that the unjustified siege on the country has failed. And we owe the success of our country in overcoming the siege to the instructions, vision and support of HH the Amir of the State of Qatar, Sheikh Tamim Bin Hamad Al Thani.”

“QIIB adopted a comprehensive project to develop its business, be it in corporate, retail or technology infrastructure sector, in addition to paying attention to innovation. We relied on an ambitious strategic plan adopted by the board of directors, which included all sectors within the bank. We made major progress in the implementation of such plans and we are pleased to reap the results of the serious work and commitment shown by the bank’s team. We hope to achieve more positive results, whether in terms of performance indicators and financial results or customers’ satisfaction and meeting their needs and aspirations.

“QIIB has a great reputation at the local, Arab and international levels. We have witnessed this after issuing and listing our International Sukuk Programme on the London Stock Exchange at the beginning of this year. The sukuk issuance was well received and oversubscribed by seven times the amount offered. Among the sukuk subscribers were reputable institutions from various countries of the world. This reflected the strength of QIIB’s financial position as confirmed by premier international credit rating agencies, which provided us a high rating and a stable outlook,” Dr al-Shaibei noted.

In conclusion, the CEO thanked the World Union of Arab Bankers for bestowing the award upon QIIB and thanked the bank’s team as well for their efforts to improve the business to the desired levels.