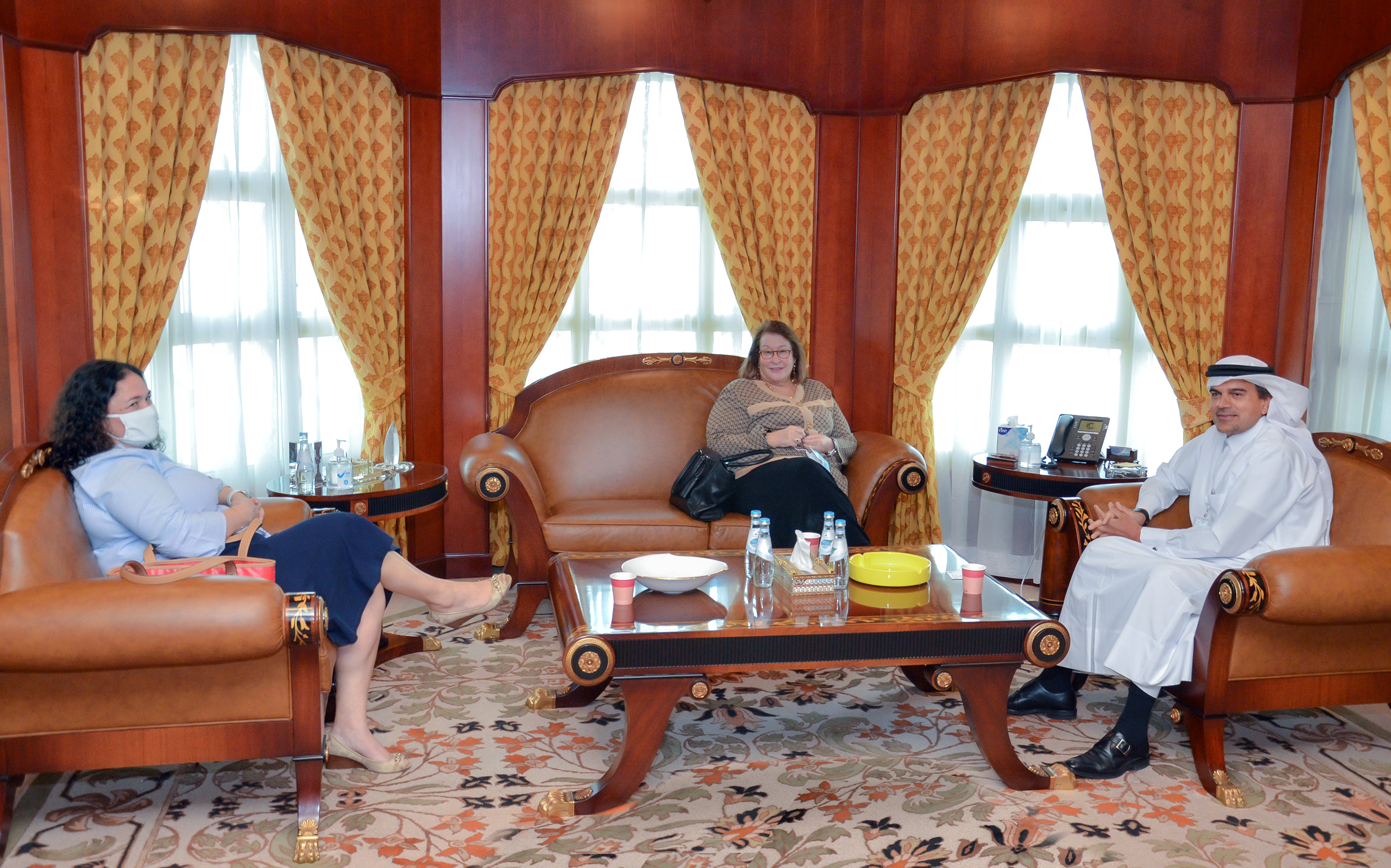 Her Excellency Ambassador Greta C. Holtz, US Ambassador to Qatar, visited the headquarters of QIIB, where she was received by Dr. Abdulbasit Ahmad Al-Shaibei, CEO of the bank.

Dr. Al-Shaibei welcomed Her Excellency Ambassador Greta C. Holtz and the accompanying delegation, and affirmed that the links between the Qatari and American business sector are long-standing, with deep ties, foremost among which is the robust relationship between the banking sector in the two countries.  And continuous growth is witnessed towards improving these ties.

In the meeting with Her Excellency Ambassador Greta C. Holtz, the QIIB CEO spoke about the strength of the Qatari economy and its ability to achieve distinguished growth figures, which was reflected on the Qatari banks that enjoy high credit ratings as a result of their solid financial position and consistency in relation to their performance with that of the national economy.

Dr. Al-Shaibei also spoke about QIIB's role as part of the Qatari economy, which provides rich opportunities for various sectors and activities. In addition to its role at the local level, outside of Qatar, QIIB has expanded its activities and established numerous partnerships regionally and internationally.

For her part, Her Excellency Ambassador Greta C. Holtz expressed her happiness at the growth of QIIB and thanked Dr. Al-Shaibei for the warm reception accorded to her and the accompanying delegation.

She expressed the hope that the bank would continue on its successful path and contribute to further strengthening the ties between the United States and the State of Qatar.