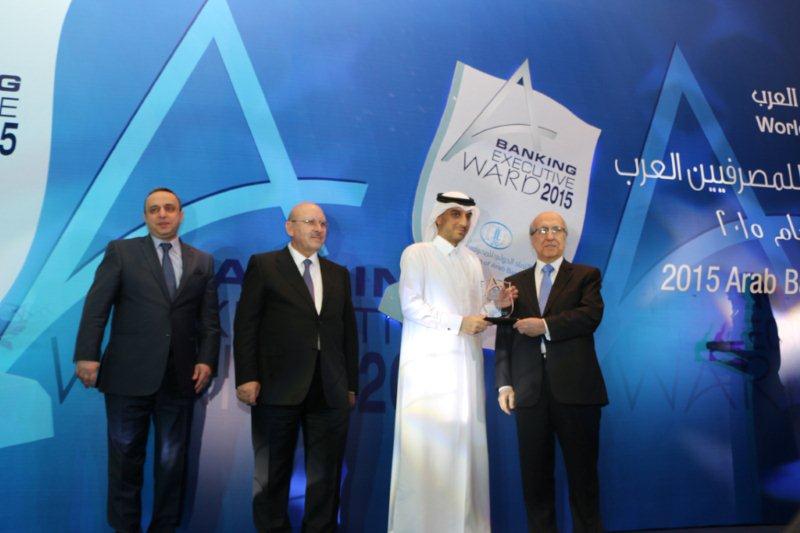 Leading Islamic bank QIIB has won the award for the “Best Qatari bank supporting the banking and financial sector” instituted by the World Union of Arab Bankers.


QIIB Deputy CEO, Mr. Jamal Abdullah Al-Jamal received the award at a ceremony hosted by the World Union of Arab Bankers in Cairo to distribute the 2015 Arab banking excellence and achievement awards in the presence of senior bankers and business representatives from various Arab countries.


The World Union of Arab Bankers has chosen QIIB for the award in view of the bank’s outstanding financial achievements, firm position in the Qatari banking sector for years, ability to achieve sustainable growth and contributions to the local community.


On the occasion, Mr. Jamal Al-Jamal said, "We are especially proud because of the fact that this award reflects and confirms our role in the Qatari economy. Our biggest award, in our opinion, is our support to the Qatari economy in all its sectors."


He said, “We, at QIIB, have been able to provide numerous benefits and excellent service to our clients and have had many achievements in this regard. We also have been able to maintain the pace of a stable growth. Additionally, the bank's customer base is expanding steadily and there is a great demand for our banking products and services, which we will continuously meet by opening new and multiple channels."


Mr Al-Jamal explained: "Any success we achieve is an integral part of the success of Qatar's economy in its various sectors and we are very pleased to contribute to its development. We are today, as we were in the past, and will be in future, certainly willing to fully play our part in supporting the growth of our beloved country".


He stressed that QIIB will continue its role in serving its customers, enhancing its position and providing every possible contribution to the development of Islamic banking and firmly enriching its experience that is spread around the world thanks to factors such as its strength, confidence and credibility.” factors."


Mr. Al-Jamal expressed his deep gratitude to the World Union of Arab Bankers for choosing QIIB for the award and wished the Union more success in carrying out its important role.


QIIB was established in 1990 by an Emiri Decree and began its work in January 1991. Since then, the bank expanded significantly and was able to reinforce its position and financial status.


Currently, the bank's branch network includes some 18 branches in addition to numerous ATMs in various regions of Qatar. The bank's interactive services are available round the clock, either through the call centre, online and mobile banking services.


In March this year, Fitch Ratings upgraded the Long-term Issuer Default Ratings (IDR) of QIIB to ‘A+’ from ‘A’. The outlook on QIIB’s long-term IDR is ‘Stable’, indicating the bank’s financial strength and liquidity.


And in 2014 Moody's Investors Service affirmed QIIB’s long term ratings at A3 even as the premier rating agency raised its outlook on the bank's long-term ratings to positive from stable.