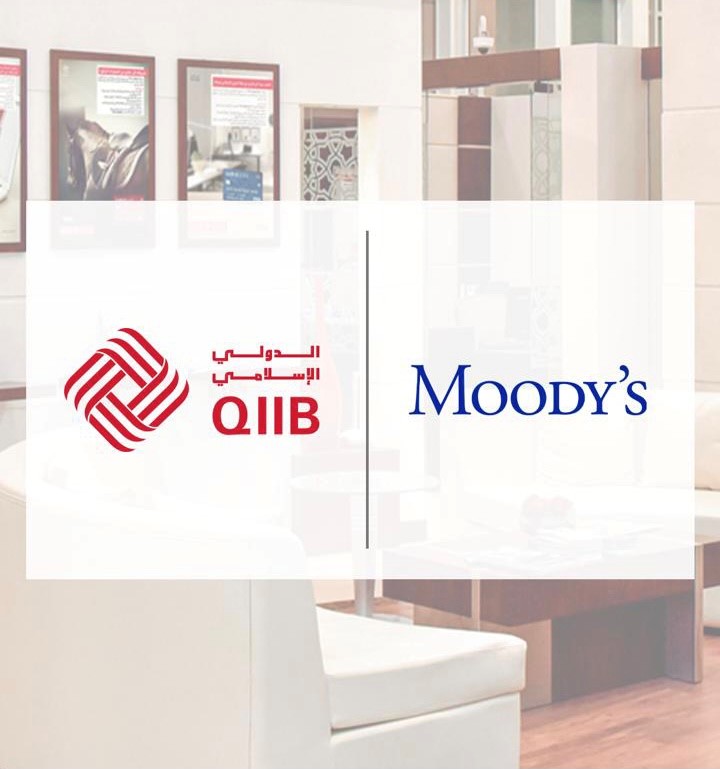 Moody’s highlighted in its latest Credit Opinion Report on QIIB’s rating that: “QIIB exhibits solid asset quality, driven by an adjusted non-performing financing (NPF) ratio of 1.5% as of December 2020, which has improved marginally over the last few years, the NPF ratio compares favourably with the 2.0% average for the Qatari banking system. At the same time, the bank's provisioning coverage to impaired assets increased to 136% as of December 2020”

The report added: “The bank's asset quality is supported by exposures to the Qatari government and quasi-government entities. These exposures, which reached 24% of total financing as of December 2020.The bank's asset quality is also supported by its continued strength in the retail segment in which it has a significant market share of around 9.2% (of total retail lending in Qatar) as of December 2020, that’s also supports the bank's healthy margins and provides a strong base of low-cost deposits.”

Moreover, Moody’s report stated that: “QIIB's solid capitalisation and profitability, supported by the bank’s raised additional capital through the hybrid Additional Tier 1 sukuk issuance of QAR1 billion ($275 million) in 2016 and QAR1.1 billion ($300 million) in November 2019. As a result, the reported total Capital Adequacy ratio was 16.6% as of December 2020, as per Basel III guidelines, these levels significantly exceed the regulatory minimum of 10.5% for Tier 1 capital and minimum total capital of 12.5% (including a capital conservation buffer). “We expect QIIB's capital position to remain solid at levels above both the local average and the global medians” they added. The bank's solid capitalisation is supported by its strong profitability and also supported by a consistently low cost-to-income ratio (at 23% in 2020).”

Moody’s also confirmed that: “The bank's liquid assets-to-total assets ratio remained strong at 29% as of December 2020, which compares favourably with the Qatari system average of around 23% , QIIB's relatively solid liquidity and funding position are driven by its Islamic deposit franchise.”

On this occasion, His Excellency Sheikh Dr. Khalid bin Thani bin Abdullah Al Thani, QIIB’s Chairman and Managing Director said, “QIIB’s high credit ratings confirms the bank’s prestigious position within the Qatari banking system. It also indicates that the bank was able to cope with the high solvency of the Qatari economy, which enjoys the highest credit ratings and strongest positions, and earns regional and international respect and recognition”.

His Excellency added: "QIIB’s strength and ability to face the various challenges, including the unexpected ones, as set forth in Moody's report, reflect the bank’s great effort, devotion and hard work, which we hope will continue and be strengthened in a way that further improves the bank’s strong established position".

HE Sheikh Dr. Khalid bin Thani affirmed that: “QIIB’s strategy focuses on moving forward in financing various local projects, promoting work with the local business sector and increasing the bank’s share in the local market by encouraging innovation and providing appropriate business solutions to all customers, which enhances the bank's image as a leading banking institution”.

Commenting on Moody's recent report, Mr. Abdulbasit Ahmed Al Shaibei, QIIB CEO said: “We are pleased with this rating and we aspire for more. In fact, the strength of our position and our high credit rating reflect the strength of the Qatari economy, which provides the best opportunities and support for all national institutions operating in the country".

He added: "Moody's confirmation of QIIB’s rating shows that we succeeded in facing the unexpected challenges during the past year, which have cast a shadow over the entire global economy. This rating is a renewed proof that the Qatari economy is capable of facing the various risks and challenges thanks to its high solvency and to the proactive decisions and the wisdom of the supervisory and governmental authorities".

Al-Shaibei expressed “his confidence that QIIB will continue to grow and improve its various indicators, its performance and its operating environment, as well as execute its digital transformation plans and optimize its operation costs in a way that enhances competitiveness, encourages innovation and provides better services and products to customers as well as outstanding returns to shareholders”.

QIIB was established in 1990 as the second Islamic bank in the State of Qatar and is currently the third largest Islamic bank listed in Qatar Stock Exchange, in terms of assets and market value. The Bank began operations in 1991, providing integrated banking services to its customers through a network of branches across Qatar. The bank also has several regional and international partnerships and was able to make a qualitative leap in the development of its technological structure and alternative channels, thus enhancing the banking services it’s providing to the next level.