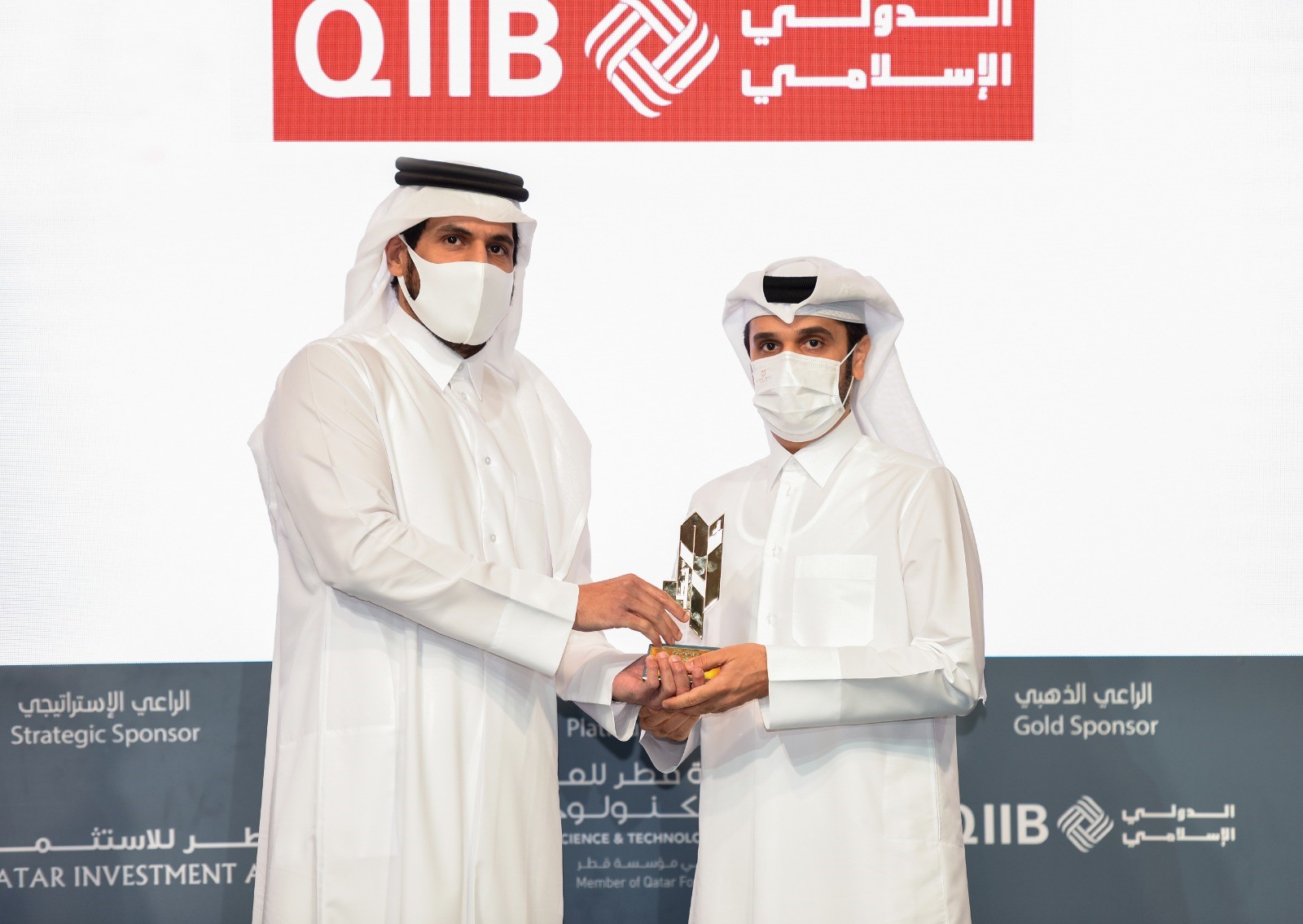 Dr. Al-Shaibei: “We are committed to supporting entrepreneurs and propelling their progress towards successful future endeavour”

HE the Minister of Commerce and Industry, Sheikh Mohammed bin Hamad bin Qassim al-Abdullah al-Thani, honoured Qatar International Islamic Bank (QIIB) for sponsoring the Seventh Edition of the Qatar Entrepreneurship Awards as part of ‘ROWAD Qatar 2021’ that was held under the patronage of His Highness Sheikh Tamim bin Hamad al-Thani, the Amir of the State of Qatar.

QIIB’s head of Development and Alternative Channels Department, Mr. Omar Abdelaziz al-Meer, was given a commemorative shield by HE the Minister of Commerce and Industry, Sheikh Mohammed bin Hamad, during the ceremony that was held as part of the conference’s events, which was attended among other dignitaries by Mr. Abdelrahman bin Hashem al-Suweidi, Acting CEO, Qatar Development Bank.

QIIB CEO Dr Abdulbasit Ahmed al-Shaibei commented on the event by stating, “We feel very honoured for this ceremony and extend our sincerest gratitude to HE Sheikh Mohammed bin Hamad bin Qassim Al-Abdullah Al-Thani, the Minister of Commerce and Industry for his acknowledgement of our contributions. We also wish to thank Qatar Development Bank for giving us the opportunity to express and reaffirm our care and commitment to supporting entrepreneurs and propelling their progress towards successful future endeavors.”

Dr al-Shaibei said: “We made sure to support and assist the conference to the greatest extent possible bearing in mind the value and importance of its title ‘Digital Transformation and New Economy: New Prospects for Growth and Innovation’.

“Furthermore, we chose to contribute to the conference because we genuinely believe that entrepreneurs have a key role to play in economic and business growth, and the realisation of the objectives of Qatar National Vision 2030.”

QIIB CEO affirmed: “There is a genuine spirit of deep and profound cooperation and partnership between QIIB and Qatar Development Bank, which can be seen in our mutual partnership in the ‘A Dhameen’ Programme since 2011 that has financed over 50 projects, as well as our cooperation in the National Response Guarantees Programme in response to the repercussions of Covid-19, through which over 400 companies were financed to date. We are determined and committed to consistently enhancing and promoting this cooperative bond in future.”

Dr al-Shaibei concluded, “I firmly believe that the ROWAD Qatar 2021 conference achieved its primary goals during its current edition. It greatly helped in promoting a culture of excellence, innovation and dedication among Qatari youth who have the ability to make great contributions to the development of the national economy, and the realisation of tremendous and exceptional achievements across multiple sectors.”