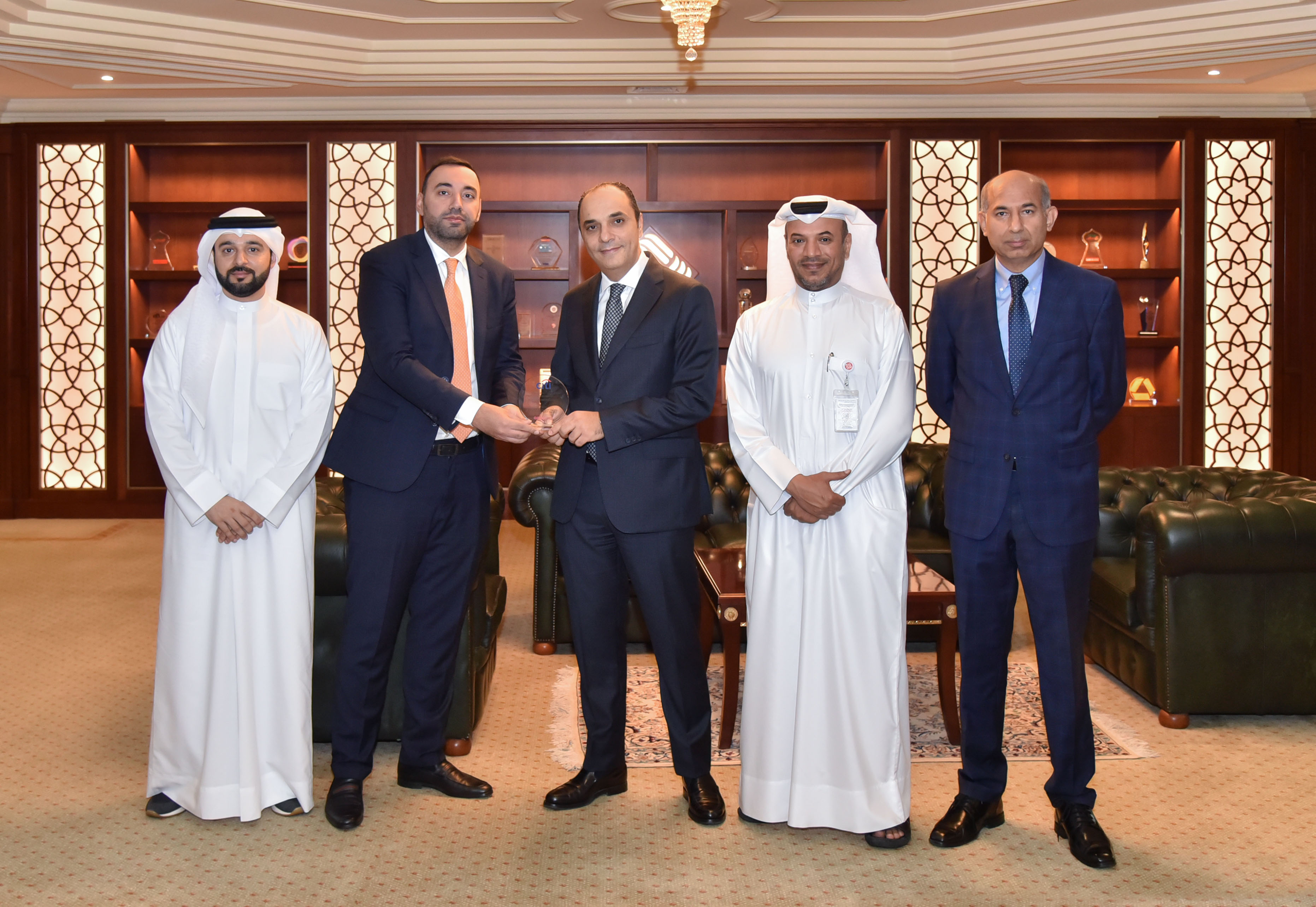 In the presence of Mr. Ali Hamad Al Mesaifri, Head of HR and Administrative Affairs Sector at QIIB, the award was handed over to Mr. Mohammad Khair Barhoma, Chief Operations Officer at QIIB, by Citibank’s Mr. Mohamed Galadari, Vice-President (Financial Institutions) at an event held at the bank’s headquarters here.

Citibank stated, “QIIB deserved the award as it has achieved the best figures and highest performance standards in the field of STP in payments, with rates that are considered the highest globally.”

On the occasion Al-Mesaifri said, “It is not the first time that QIIB has been chosen for an STP award from Citibank New York. The bank won this award many times in the past, which reflects the bank’s commitment to excellence in the field of managing and continuously improving its operations.

“This stems from persistent efforts being exerted whether in relation to training, qualification, and attracting expert cadres or in relation to banking technology used by the bank and keeping pace with the latest technological updates”.

He said, “Straight Through Processing is an important part of our payments procedure, and we always strive to ensure the accuracy of such payment operations, as these are critical in increasing customer satisfaction, and improving the overall efficiency”.

He noted: “This award highlights QIIB’s great success in achieving STP in payments which entails direct transfer of funds without any manual intervention, while ensuring that such funds are received by the beneficiaries without any delays.”

Al-Mesaifri expressed his thanks to Citibank for its trust and care for the continuous relations and partnership with QIIB.

He also reiterated QIIB’s desire to strengthen this partnership and develop it further in a way that benefits both the parties.

On the other hand, Mr. Mohamed Galadari emphasized his recognition of the exceptional level, achieved by QIIB in the field of STP of payments, and noted that QIIB deserved the excellence award that it had won previously many times. This indicates that the bank is capable of continuously updating and improving its operations.

He also noted, “There is a desire and opportunity to develop the relationship between Citibank and QIIB in the period ahead, in a way that each party benefits from the capabilities of the other in the best way possible”.